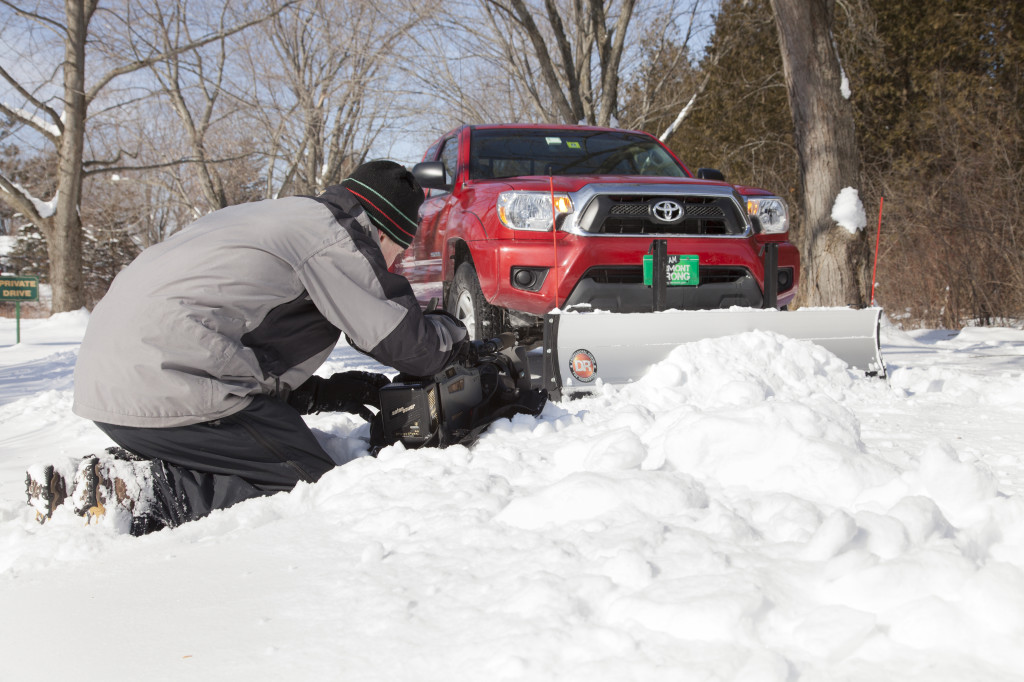 Sometimes opportunities arise in a hurry, and we have to be ready!  Here at DR, our video production team is always ready to seize the day for a photo or video shoot.  And with so many products that require a specific season and type of weather for them to take the spotlight, these go-getters really have to be ready for anything.

Last winter, they knew that they would have to shoot some pictures and video of the Redi-Plow so that they would be ready for its release this fall.  However, Vermont weather is not always cooperative, and you can’t shoot a plow without any snow!  So when snow was forecast for one weekend in early February, the team flew into action. 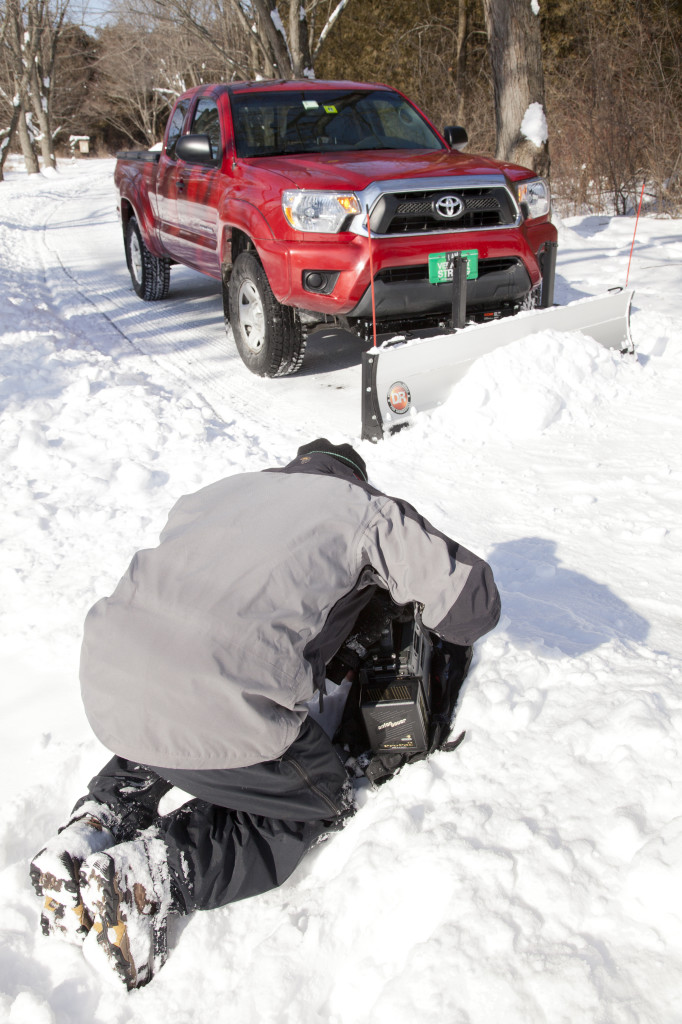 The last-minute decision to shoot photos and video of the Redi-Plow caused a stir at the DR offices in Vergennes,Vermont.  The engineering team hurried to make last-minute changes to the prototype of the plow, and the production team hustled to find a good location.  They wanted to shoot on-location at an un-plowed house with a beautiful, long driveway.  The only catch was, it had to be the house of someone who wouldn’t have already plowed — so probably someone who was away for the winter. Luckily they were able to find two such houses — one belonging to one of DR’s original founders, and one to a relative of our Customer Service Trainer.  Both houses’ owners had travelled south for the winter, so with their permission, the team’s location scouting was finished.  Marianne E., our video producer and editor, says that finding homeowners to let DR shoot on their properties is never a problem.  “They trust the company and they know that we are going to be respectful of their space.  And the DR equipment we shoot always leaves their property looking better than when we arrived!”

A quick, overnight delivery of a plow hitch sealed the deal, and the team was ready to hit the powder with the new Redi-Plow.  Luckily, we have a professional plow operator here at DR who was up for being part of the action — even though the Redi-Plow is easy enough to use without a pro behind the wheel.  So after choosing the day that had the best light and the least wind, the team set out to make the Redi-Plow a star!

A full day of photographing and taking video footage of the plow followed, even when the thermometer reached as low as 12 degrees.  But it was worth it, to show our customers what this piece of equipment is capable of.

All the last-minute scrambling paid off, and the result is this stunning video of the DR RediPlow: 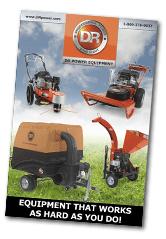