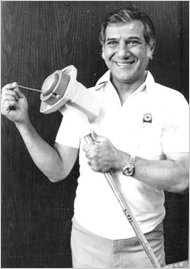 Sometimes inspiration strikes when you least expect it.

Such was the case with the invention of the string trimmer. George Ballas was meticulous about lawn care, and was always frustrated about not being able to trim right up close to rocks and fences. In 1971, the Houston, TX man was driving through a carwash when inspiration struck. Watching the big rotating brushes, he considered how that principle — thin cord attached to a rotating head — could be applied elsewhere. Could it even cut through grass and weeds up close to walls and fences without a blade that would bend and dull?

When he got home, he laced fishing line through a tin can and attached it to the end of his rotary lawn edger. It worked! The contraption was actually able to cut through weeds and grass just like George had imagined. George brought his idea to a few toolmakers, all of whom rejected his idea. Eventually he developed the product himself, calling it the Weed Eater. In the first year that it was on the market, the Weed Eater made over a half a million dollars. And the string trimmer was born! 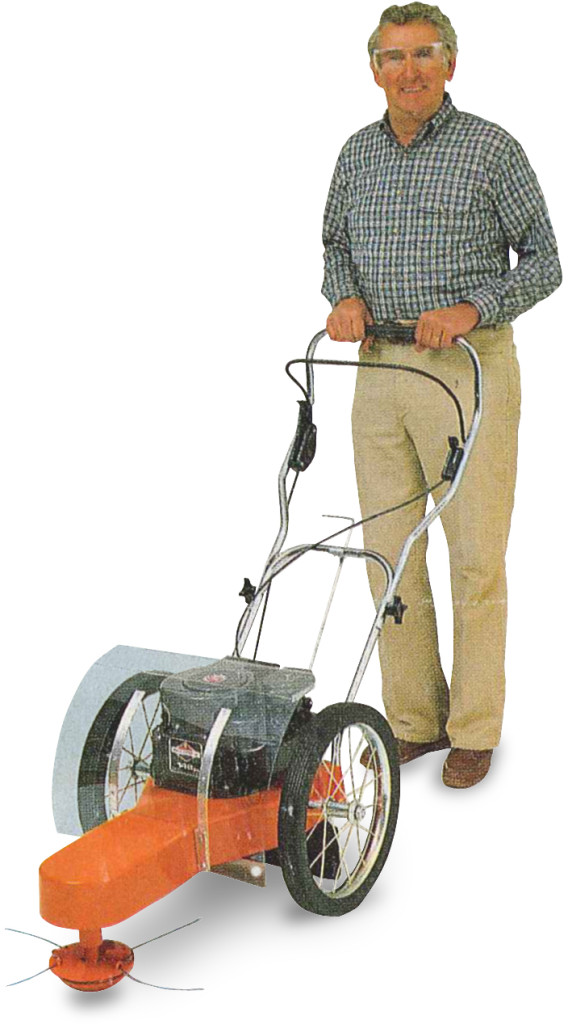 It became a necessity for landscapers, yard care professionals, and anyone who wanted a neat, tidy lawn. The only problem was, these handheld, gas-powered string trimmers were heavy and cumbersome to use.

In the mid-1980’s, the founders of DR Power Equipment sought to find a solution to this problem. Their idea was to take George Ballas’s invention and put it on wheels, allowing you to push the machine instead of carry it. This was another breakthrough in lawn care technology. The DR Trimmer had a more powerful engine than any string trimmer before it and could be operated by just about anyone. It was so easy and effective at maintaining fence lines, along flower gardens, and up close to walls that it quickly became a must-have for many homeowners.

Since then, DR has continued to innovate in lawn trimming and property maintenance. Even after branching out into other high-quality machines, many of DR’s happiest and most loyal customers are owners of the DR Trimmer. 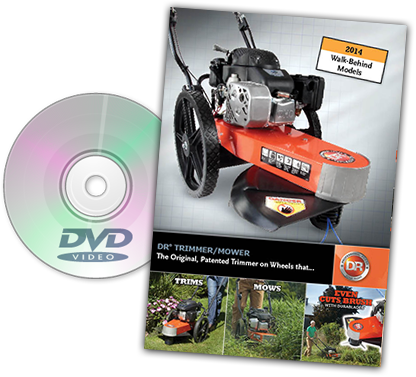